Average Whiplash Settlements: What is Your Neck Injury Accident Claim Worth? 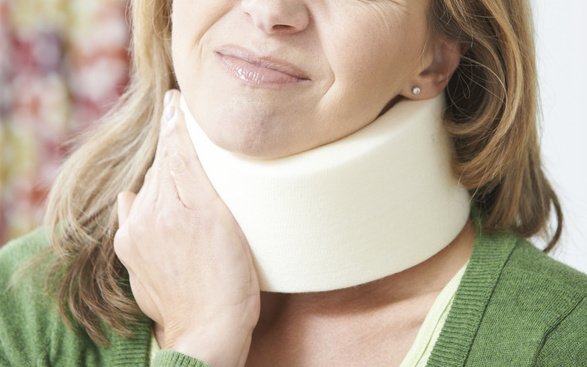 To increase your whiplash settlements, it is important that you first grasp a few key points about this type of neck injury. Knowing these points can then help you evaluate how much you can reasonably expect to receive from an personal injury insurance claim.

In this article I will discuss:

What is Whiplash?
What Causes it?
What are the Symptoms?
What is Your Injury Case Worth?
How to Calculate Your Injury Settlement
How Neck Injury Cases Are Evaluated
An Example Case

Whiplash is a painful neck injury. It is caused by a forceful back and forth snapping movement of neck. The movement causing whiplash is rapid, oftentimes described as like cracking a whip. Thus the name

Whiplash technically is not a formal term for a medical diagnosis. However, the term is widely used by medical professionals, personal injury attorneys, insurance claims adjusters, and accident victims. Medically, whiplash is soft tissue injury in a person’s neck. Soft tissue includes tendons, ligaments and muscles.

The most common cause of whiplash is being in an automobile that is rear-ended by another vehicle. As a side note, the rear-end collision can occur at a very low rate of speed and still result in whiplash.

Although a rear-end collision is the most common cause of whiplash, other types of car accidents can have the same result. For example, a t-bone accident can result in whiplash, and oftentimes other injuries as well. Basically, any impact that causes the whip-like snap can result in this type of neck injury.

What are Symptoms of Whiplash?

According to the Mayo Clinic The most common symptoms of whiplash are :

A person rear-ended in an automobile collision needs to understand that symptoms of whiplash may not be immediately apparent. In some cases, signs of whiplash develop 24 to 48 hours after the collision. While in other cases the neck pain is immediate.

You should not speculate that you have whiplash following an accident, particularly in a rear-end collision. You very well may have that condition, but seek a medical examination promptly to confirm. This step should be taken following a rear-end collision even if you do not immediately exhibit any obvious symptoms of an injury.

What is Your Whiplash Settlements Case Worth?

On average whiplash injuries do not receive large accident settlements. This is because this type of neck injury is not considered serious by the insurance companies. Most accident victims recover within a couple of months. Permanent damage is usually not associated with whiplash injuries

Nonetheless, if you did suffer a whiplash injury in a car accident, you are still entitled to be compensated via an injury settlement.

How to Calculate Whiplash Settlements

The first step in determining how much your whiplash settlements are worth is to add up your total losses. This is oftentimes referred to as special damages. These are the financial losses you suffered as a direct result of your neck injury. This includes things such as medical bills and lost wages.

For example, assume you had $3,000 in medical expenses and $2,000 in lost wages. This would bring your total special damages to $5,000. This part is usually pretty simple and straightforward

Insurance claims adjusters, and more than a few attorneys, utilize a pain and suffering calculator to try and arrive at a figure for personal injury settlements. They use the amount spent on medical care, treatment, and therapy as the numerical base in the process of trying to put a dollar figure on pain and suffering. They then multiply the base amount by a factor, typically between 1.5 and 4.

Keep in mind that since whiplash injuries are not considered serious, the multiplier used will be at the lower end of the scale. This particularly will be the case if the bulk of your medical expenses come in the form of physical therapy costs.

Although included in an overall settlement, lost wages are not part of a pain and suffering calculation.

How Are Whiplash Settlements Evaluated

A variety of factors come into play when evaluating a whiplash case for the purpose of an injury settlement. A prime consideration is an examination of medical treatment and therapy provided in the aftermath of an accident. This may include emergency room treatment, follow-up appointments with a primary care physician, and physical therapy. In rare cases, occupational therapy may also be included in the post-whiplash treatment regimen.

The evaluation also includes a consideration of the injured individual. An insurance claims adjuster will consider your believability, how you will come across as a witness to a jury should the case ever end up in court. The same type of evaluation is likely to be made of the individual who caused the accident.

As mentioned, a majority of whiplash cases are caused by rear end collisions. The prime example of this type of situation is a vehicle stopped an intersection. A car pulling in behind does not slow down in time to safely stop and back-ends the appropriately stopped vehicle. The impact can cause the driver, as well as any passenger in the stopped car, to experience whiplash.

In the case of the driver, she went to the emergency room and received a formal whiplash diagnosis. She visited her primary care physician three times. In addition, she spent a month undergoing physical rehab to address pain and flexibility. Her medical bills were $4,300.

She also missed four days of work. She lost $800 in wages because of her absence from work.

Finally, she endured pain and suffering, which is always the challenging part of computing a settlement. In the end, a settlement was based on using a multiplier of 2, at the lower end of the scale.

The pain and suffering component of her settlement was double her medical bills, or $8,600. The total amount the driver in the car that was rear-ended received for a settlement was $13,700.

In summary, if you have been involved in an accident like a rear-end collision, and suffered whiplash, keep the basics of a whiplash settlements in mind:

From Whiplash Settlements to What is My Pain and Suffering Worth?